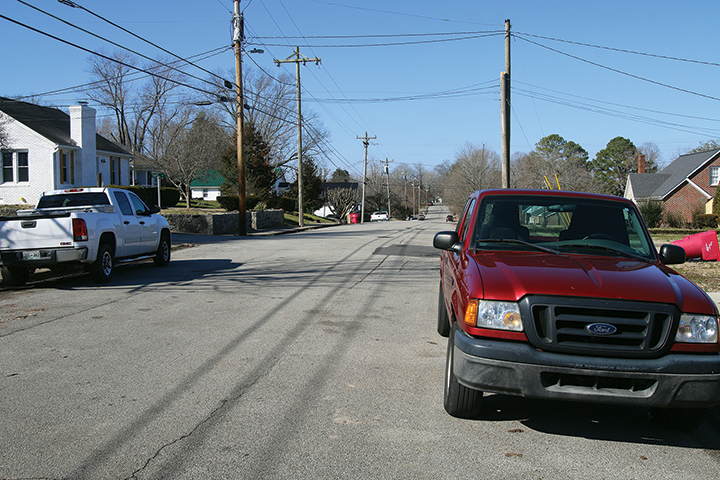 Carthage residents will be receiving a courtesy letter from city hall addressing regulations for parking on side streets. The letter is prompted by the city council’s discussion concerning a possible reduction in speed limits on side streets which evolved into a debate about parking on city streets. Prior to the council’s February meeting Thursday night, a public hearing was held as city officials requested input from residents about lowering speed limits on side streets within the town because of safety concerns. Approximately five residents showed up to voice their concerns about traffic on two city streets in particular, Carmack Avenue and Fisher Avenue. Much of the discussion centered around Carmack Avenue. One resident, T.C. Carter, feels the problem isn’t the 25 mile per hour speed limit which applies to most side streets but residents parking on city streets and sidewalks, creating a safety issue. During the discussion, more than once resident alluded to potential pedestrians and/or children playing in the street being struck by a motorist. Also, Carter noted Carmack and other city streets would be safer if disabled vehicles were removed from being parked in front of homes. In addition, Carter suggested residents could park in alleys or other areas, clearing side streets. During the discussion, some residents also requested additional police patrol during peak travel periods such as before and after school and as residents commute home from work. A Fisher Avenue resident raised concerns about motorists speeding along Fisher Avenue which runs parallel to College Avenue and is a popular alternative street for school traffic. The resident suggested more police patrol and/or speed bumps. As it stands, at the beginning and end of the school day, city officers are assigned to school zones. Other safety issues to surface during the discussion included motorists using Fisher Avenue and Myer Terrance as alternative routes to avoid school zones. Also, ducks, chickens, etc. impeding traffic while crossing the road on Carmack Avenue was discussed. In addition, recently resurfaced streets such as Carmack Avenue, tend to have an increased volume of traffic because they are more often used by motorists because of the smoother ride.