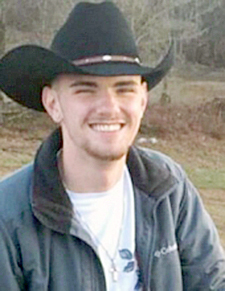 Funeral services were held Saturday afternoon for an 18-year-old South Carthage resident, the victim of an automobile accident. According to the Tennessee Highway Patrol (THP), the victim was identified as Jonathan (Seth) Tyree. Emergency personnel, including ambulance service, sheriff’s department, THP and Rock City/Rome Fire Department were dispatched to the scene at 5:21 p.m. (Monday, February 1) on Highway 70 in the Rome community.

Also, an ambulance from Wilson County was requested as mutual aid. The two-vehicle accident occurred just west of the Rome Dollar Store in the 800 block of Highway 70. The victim was pronounced deceased at Riverview Regional Medical Center at 7:26 p.m. According to a THP report, Tyree was traveling west on Highway 70/Lebanon Highway when the vehicle he was driving crossed the center line and struck a second vehicle, driven by Thomas Drumm, 71, Pleasant Shade, head-on. Tyree was driving a 2006 Nissan Quest which came to a final rest on the right side off the roadway facing east, according to (THP) Drumm was driving a 2020 Chevrolet Colorado which came to rest off the left side of roadway facing west and on its side, according to THP.