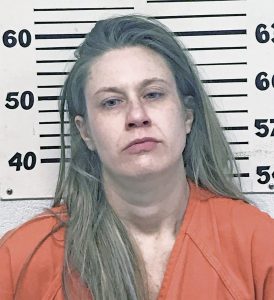 SMITH COUNTY – Special Agents from the Tennessee Bureau of Investigation have arrested and charged a Gordonsville woman accused of killing a Smith County man.
At the request of 15th District Attorney General Tom Thompson, TBI Agents began investigating the death of 47-year-old Wendell Wilkey Bennett, after authorities found him deceased this morning at a home in the 80 block of Thompson Hollow Road. During the investigation, Agents developed information leading to Tara Leigh Greene (DOB 4-18-87) as the individual responsible for Bennett’s death.
This evening, Agents arrested Greene and charged her with one count of Criminal Homicide and one count of Theft over $2,500. At the time of this release, she remained in the Smith County Jail without bond.
Posted in News