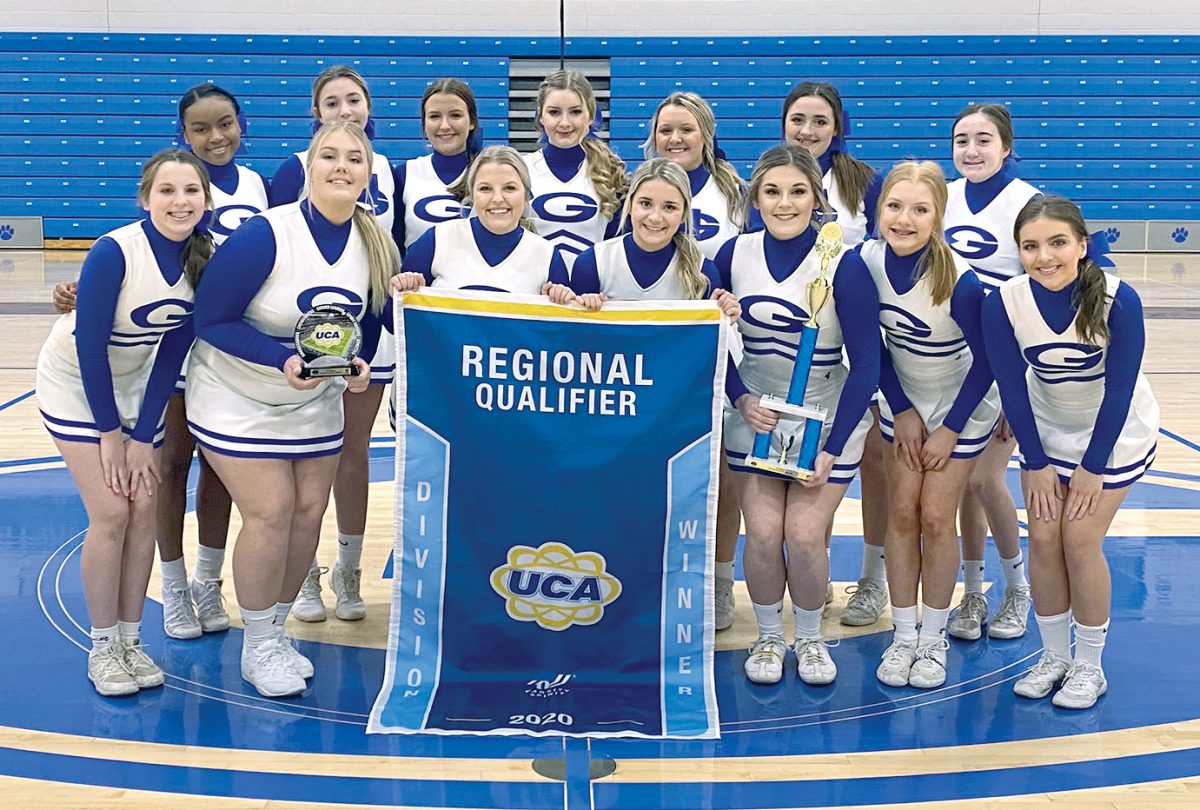 They competed in the game day division which highlights the aspects of traditional cheerleading. Each squad performed a routine consisting of two band dances and two crowd leading cheers. The GHS cheerleaders came in first place overall in their division and earned an invitation to compete in the National High School Cheerleading Championships in April 2021.