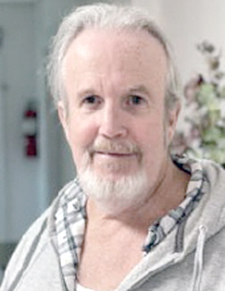 He was transported to Riverview Regional Medical Center in Carthage by Smith County E. M. S. with C.P. R. in progress and was pronounced deceased at the Emergency Department at Riverview at 10: 51 p.m.

Mr. Fields was at the Carthage Chapel of Sanderson Funeral Home where his funeral services were conducted by Bro. Tim Frank on Wednesday afternoon March 10th at 1 p.m. Burial followed beside his wife of over twenty five years in the Fields family plot in section two at the Ridgewood Cemetery.

Mr. Fields was born Van Sanford Fields in Nashville on February 2, 1965 and was the son of James W. Fields of Ashland City and the late Sherry Fay Minor Fields Perdue who died at the age of 53 on September 10, 2000.

He was a 1983 of the John Overton High School in Nashville and in 2016 graduated with honors from Tennessee Technological University in Cookeville with a Bachelor of Science Degree in Inter-disciplinary Studies.

In Madison on February 27, 1993 he was united in marriage to Madison native, the former Tracey Annette Paul, who was a longtime check-out clerk at Wal-Mart in Carthage. She preceded him in death on October 13, 2018 at the age of 50 following a protracted battle with cancer.

Mr. Fields was a skilled carpenter while residing on Beckwith Road in Mount Juliet and in 2008 relocated to his home on Wilburn Hollow Road.

At the time of his death he was employed in maintenance and as the custodian at First Baptist Church in Carthage.

Mr. Fields was a member of the Abundant Harvest Worship Center in South Carthage.