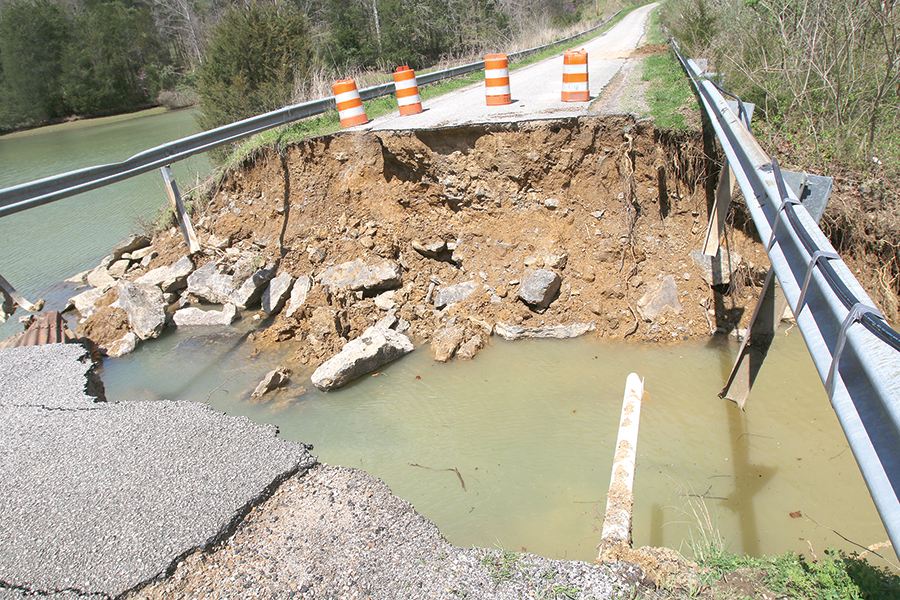 Some of the more significant damage caused by the flash floods which struck the last weekend in March occurred on Maggart Road in the Maggart community. A section of roadway where a metal tile was located collapsed, temporarily closing the road.

In addition to causing damage to the roadway, a waterline was also broken. The collapse occurred at Grisham Hollow Lane which is west of the Maggart United Methodist Church. Almost eight inches of rain fell beginning Saturday, March 27 and into early Sunday (March 28) morning in the Elmwood community near the general area of the collapse. The collapsed roadway separates the Maggart and Sullivans Bend communities.