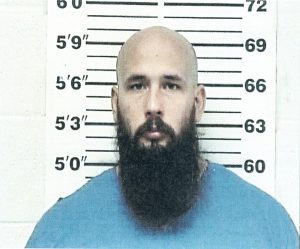 A gym instructor charged with secretly videoing minor females in various stages of undress with a camera hidden inside a bathroom at an athletic training center in the Tanglewood community faces a host of new charges.

When first arrested in January, the sheriff’s department filed four charges against Andrew Wayne Halford, 32, Murfreesboro, charging the gym instructor with unlawful photographing and criminal attempt. Specific charges included three counts of unlawful photographing of a minor and especially aggravated sexual exploitation of a minor Halford now faces a 12-count indictment handed down by the county’s grand jury on Monday of last week.

ONE INJURED IN FACTORY TRUCK ACCIDENT

SURGE LEADS TO MOST CASES OF COVID/PER MONTH FOR COUNTY