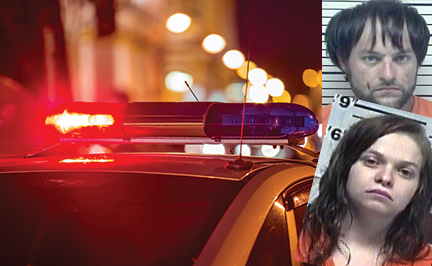 The investigation began when K-9 officer Sgt. Junior Fields, Sgt. Kendra Grisham and Deputy Daniel McCoy went to a house located on Harris Hollow Road where the two lived. Law enforcement officers had received information drugs were present at the residence, according to an office report field by Sgt. Fields. Also, officers were aware a firearm was inside the residence, according to the officer’s report.