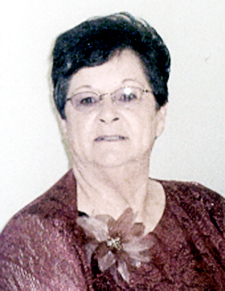 Ms. Shirley Collins, of Hartsville and a Horseshoe Bend Community native, died at 9:40 a.m. Sunday morning May 16, 2021 at the Smith County Health and Rehabilitation Center in Carthage where she had resided since July 5, 2019. She died on her 78th birthday.

Mrs. Collins was at the Carthage Chapel of Sanderson Funeral Home. She was cremated at the Cumberland Family Services in Algood and no further services are scheduled at his time as per Mrs. Collins request.

Her only sibling, a sister, the late Mildred Henry Gibbs Davenport preceded her in death on November 13, 1980 at the age of 49.

Mrs. Collins was a retired dietician and was retired from the former University Medical Center dietary department in Lebanon.

She attended the South Tunnel A. M. E. Church in Sumner County and was a longtime member of the Green Valley Missionary Baptist Church in the Horseshoe Bend Community.