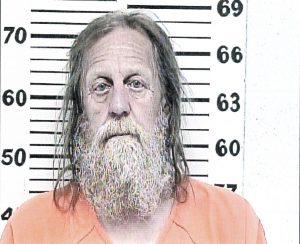 A Smith County Sheriff’s Department deputy made a major drug discovery during a routine traffic stop. K-9 officer Sgt. Junior Fields located 16.5 pounds of well packaged marijuana inside a vehicle which the officer stopped for questionable driving. While on patrol, Sgt. Fields got behind a 2004 Chevrolet Impala on Interstate 40, noticing the driver crossing over the white (fog) line and the lane divider line three times.

The driver also admitted to “having a few beers”, within the “past 24 hours”, and had “some liquor in the vehicle”, according to the officer’s report. The driver, identified as David S. McGrew, 61, Curlew, Washington, allegedly told Sgt. Fields he had a “couple of grams” of marijuana in the vehicle.