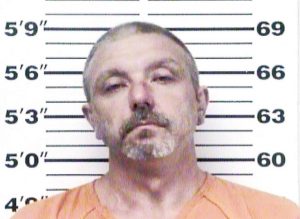 In addition to drug charges, Mabe originally faced charges for allegedly firing a gun at local law enforcement officers investigating a disturbance which occurred near the Brush Creek community in October of 2017.

During a four-day trial in April, Mabe, who was 44 at the time of the incident, was found non-guilty of two counts of attempted first degree murder in connection with the incident.