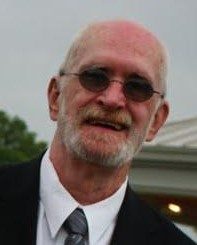 A highly decorated Kempville community Vietnam veteran has died at the age of 83.

Mr. Chuck Trimple died peacefully Tuesday afternoon, August 17, 2021, at 1:10 p.m. at the Riverview Regional Medical Center in Carthage where he had been lovingly cared for in his final days since July 16th.

Mr. Trimple was at the Hackett Chapel of Sanderson Funeral Home where Bro. Tim Frank officiated at the 1 p.m. Friday afternoon, August 20th funeral services. Burial, with full military honors by American Legion Post 57, followed beside his wife of twenty three years in the Garden of the Cross at the Defeated Creek Memorial Gardens.

Mr. Trimple, a resident of Buffalo Road, was born Charles Herbert Trimple in Solon in Cuyahoga County, Ohio on February 7, 1938 and was the son of the late Paul and Cecile Moore Trimple.

Mr. Trimple first enlisted into military service with the United States Navy in Detroit, Michigan on May 10, 1955 and served as an air controller and served one year and twenty three days in sea service before being honorably discharged from the U. S. Naval Air Station in Lake Hurst, New Jersey on February 6, 1959.

Then on November 16, 1960 he enlisted into the United States Navy where he would ultimately serve until being honorably discharged at Norton Air Force Base in San Bernardino, California on September 1, 1989, making his total military career almost twenty four years and counting the time between his military stints covers a span of over thirty years.

Six years of his service was as an air traffic controller overseas.

For his unselfish service to our country during the Vietnam War, he was awarded the Good Conduct Medal from the Navy and from the Air Force a total of three Good Conduct Medals, one with one bronze leaf, one with two oak leaf clusters and one with three oak leaf clusters, two National Defense Service Medals, Air Force Military Command Ribbon, Side-Looking Airborne Radar Medal with three Oak Leaf Clusters, two Air Force Medals, Military Airlift Ribbon, Maritime Security Ribbon, a Naval Special Warfare Ribbon, and a Vietnam Service medal.

Mr. Trimple received his General Education Degree from the Solon High School in the suburbs of Cleveland, Ohio.

His only immediate survivor besides his loyal band of friends, neighbors, and fellow veterans of American Legion Post # 57 in Carthage and the nurses of Riverview Regional Medical Center, is a granddaughter, Lysa Trimple Moulton and husband, Jonathan, of Nashville.