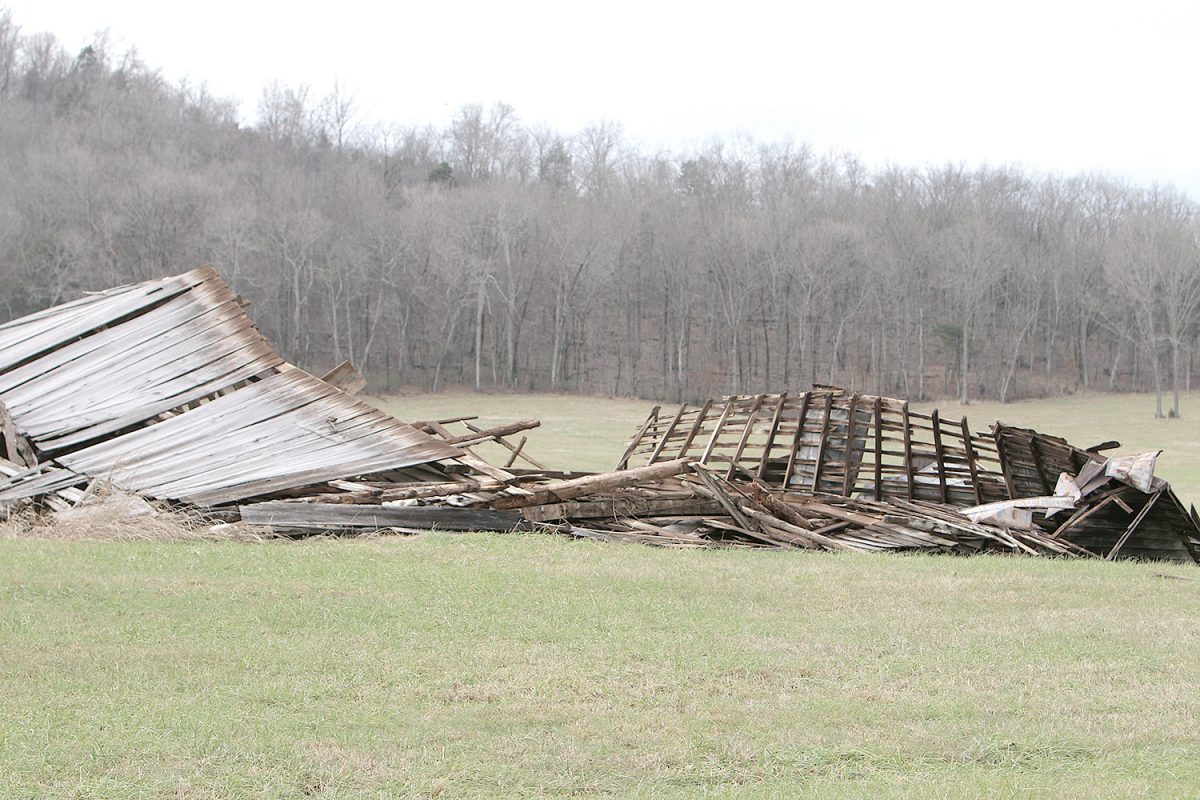 A severe thunderstorm spawned a tornado and heavy rainfall, resulting in substantial damage in some areas of the county in the early morning hours of Saturday. Monday morning, Director Carter said a representative with the National Weather Service confirmed an EF0 tornado with 80 miles per hour winds touched down in the county, traveling southeast to northeast.

The tornado struck in South Carthage and traveled through Carthage, to Defeated, Riddleton and Dixon Springs, the director said. Also, the tornado was on the ground for 6.8 miles and 75 yards wide. While much of the wind damage occurred north of the Cumberland River, one family was displaced in Gordonsville because of roof damage to their house. No houses were destroyed but several sustained roof damage from the high winds.

Numerous barns were damaged. A couple of barns were completely destroyed. Damage was reported in Dixon Springs, Riddleton Pleasant Shade, Defeated, Carthage, South Carthage, McClures Bend, Gordonsville, Sullivans Bend and Horseshoe Bend. Also, there was widespread tree damage throughout a number of communities. Some of the heaviest damage was in the Dixon Springs and Riddleton communities. In South Carthage, sections of a metal building were blown into powerlines in South Carthage. The state highway was temporarily closed while the metal was being removed.