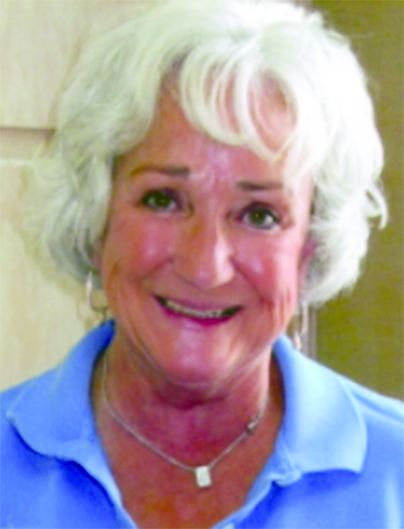 Riddleton community farmer-homemaker Mrs. Peggy Cothron Taylor died peacefully surrounded by her loving family at 12:05 a.m. Friday morning, June 10, 2022, at the TriStar Centennial Hospital in Nashville where she was admitted Wednesday morning, June 8th, after suffering a debilitating stroke at her Beasleys Bend home. Smith County E.M.S. was dispatched to the Taylor’s farm home at 5:14 a.m. Mrs. Taylor was 77.

She was one of three daughters of the late Harry Marshall Cothron and Gracie Hollis Stone Cothron and was born Peggy Sue Cothron in Hartsville on Valentine’s Day, February 14, 1945.

Mrs. Taylor was preceded in death by an infant sister, Joyce Dean Cothron.

Mrs. Taylor was a 1963 graduate of Trousdale County High School and on April 6, 1963, before her May graduation, she was united in marriage to Riddleton community native, Wayne Allen Taylor. The ceremony was performed at the Hartsville First Baptist Church.

She was a former longtime member of the Carthage Chapter of Beta Sigma Phi.

In 1964 she was baptized into the full fellowship of the Riddleton Baptist Church where she remained a member at her passing.

Mrs. Taylor was a wife that assisted her husband in maintaining the family farming and kept investment operations in total control.

She was widely known for her hospitality and opening her home for wedding teas and bridal and baby showers.

Her family can only imagine the joyous reunion she is now experiencing with her beloved father, Harry, whom she lost tragically in a tractor accident on the family farm in Trousdale County on August 2, 1963 at the age of 48, shortly after she married Wayne and moved away from home.

The family requests memorials be made either to the Smith County Humane Society or the Vanderbilt Childrens Hospital.