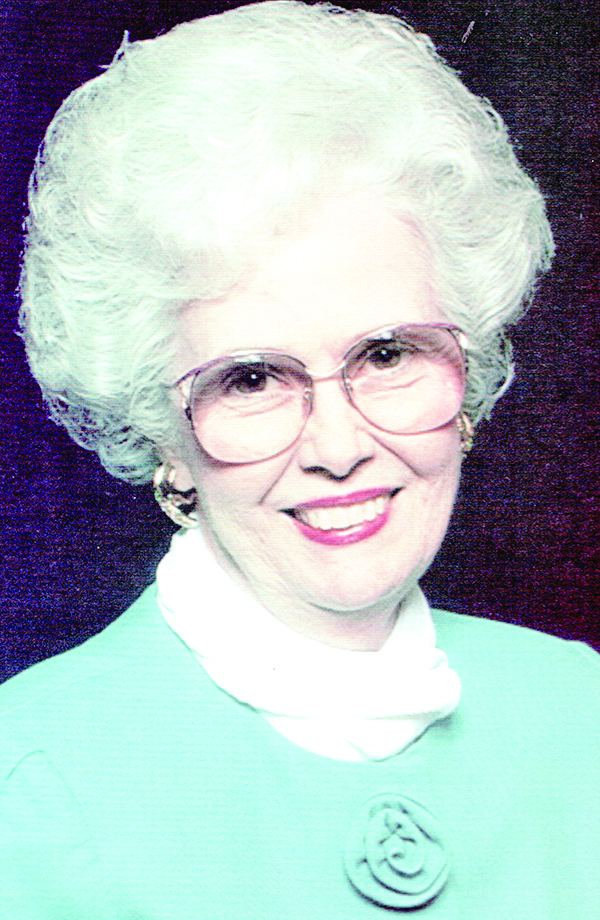 Mrs. Hight is at the Carthage Chapel of Sanderson Funeral Home. Funeral services are scheduled to be conducted Wednesday morning, August 9th, at 11 a.m. from the Carthage First Baptist Church, with her pastor, Bro. Tim Frank, and her son, Dr. Tim Hight, officiating. Burial will follow beside her husband in the Garden of Gethsemane at the Smith County Memorial Gardens.

The Hight family will receive friends at Sanderson in Carthage on Tuesday from 6 p.m. until 8 p.m. and on Wednesday at First Baptist Carthage from 10 a.m. until services at 11 a.m.

Mrs. Hight was a 1949 graduate of Smith County High School, was in the top ten of her graduating class, was voted by her classmates as Miss C.H.S., was a member of the “Owl” paper staff, served as president of the Beta Club her senior year, vice-president of the Spanish and Latin Clubs, secretary of the Dramatic Club, was a Junior Play cast member, was a cheerleader her freshman year and majored in Home Economics.

Mrs. Hight received her Associates Degree at the Cumberland University in Lebanon and her Bachelor of Religious Education Degree from New Orleans Baptist Theological Seminary in 1960.

On July 26, 1951 at the Carthage First Baptist Church, she was united in marriage to Columbia, Tennessee native Hildra Thomas (Tommy) Hight. Dr. Hight preceded her in death at the age of 83 on April 15, 2011, following fifty nine years of marriage.

She founded and served as the Director of the Early Childhood Learning Center of the East Gadsden Baptist Church in Gadsden, Alabama from 1967 to 1977.

She also served under Dr. Adrian Rogers as the Director of Preschool Education at the Bellevue Baptist Church in Memphis from 1977 until her retirement in 1995.

During her tenure at Bellevue, Mrs. Hight also served as an adjunct professor of Early Childhood Education at the Mid-America Baptist Theological Seminary in Memphis.

Since her retirement and moving back to her hometown, Mrs. Hight had been a faithful member of Carthage First Baptist Church.