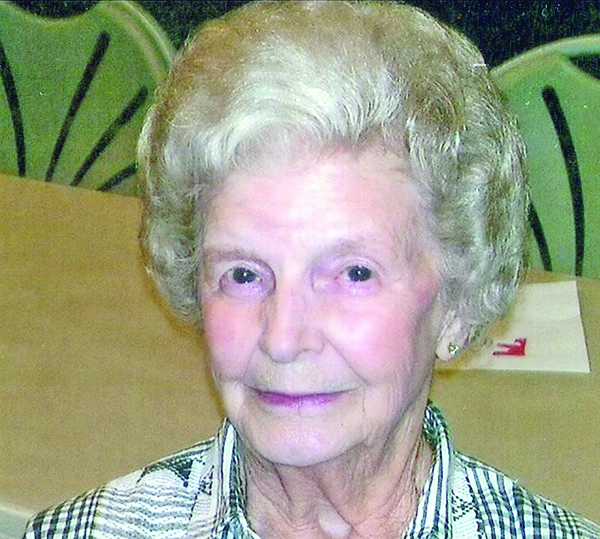 Tanglewood community resident, Mrs. Sarah Hackett Huffines, passed away peacefully at 8:03 a.m. Friday morning, August 5, 2022, at the Riverview Regional Medical Center in Carthage where she was admitted July 15th, following a period of declining health. At the age of 99, she was ten weeks shy of her 100th birthday.

At the early age of 12, in 1934, she professed a faith in Christ and was baptized into the full fellowship of the Hickory Grove United Methodist Church in the Kempville community, (now the Christian Community Fellowship Church).

Mrs. Huffines was preceded in death by a sister, Virginia Hackett Forgy, who died September 18, 2008 at the age of 92, two brothers, Asa Allen Hackett, died in 1980, and Bernice Gray Hackett, who died as an infant on February 19, 1914 at the age of five months and seven days of age.

Mrs. Huffines attended Carthage High School and attended the former Oak Grove Elementary School on Gladdice Road and was on the first girls’ basketball team the school had established.

In Lafayette on June 25, 1941, Mrs. Huffines was united in marriage to Dewey Donald “Cap” Huffines, who preceded her in death on January 4, 1999 at the age of 77, following over fifty seven years of marriage, on their Little Salt Lick Creek Road farm in Smith County.

Following his death, she relocated to the Tanglewood community where she lived happily until moving to the Carthage Pavilion and enjoyed her time there for the past six years.

She was employed at the former Carthage Shirt Corporation for thirty three years and A & C Enterprises for six years, before retiring in 1994 at the age of 72.

The Huffines family has requested memorials to either the Jordan Hackett Foundation or the Hackett Family Cemetery.