A ribbon cutting and open house for the new Fifteenth Judicial District Attorneys office complex in Carthage was held Friday.

Often, clients and victims would have to travel to Lebanon for a number of support services now offered at the Carthage office.

The new facility was spurred by Carthage’s central geographical location within the Fifteenth Judicial District and is part of General Lawson’s vision for Smith County to become more of a focal point for the district attorney’s operations.

The new facility provides an office for General Lawson, as well as assistant district attorneys working in the area, as well as the Child Support Collection Division. The first floor of the building includes the Child Support Collection Division. Meanwhile the second floor includes a criminal division comprised of four attorneys, two secretaries, victim’s witness coordinator office and satellite office for the Tennessee Bureau of Investigation (TBI). Child support services includes services for victims of child abuse and child sexual abuse and their families. Approximately eight people, including an investigator and case managers, work on the first floor of the office complex.

Child services offices includes a meeting room for families seeking assistance, as well as DNA testing. These services were once only offered at the Lebanon office.

The second floor includes the criminal and investigative services offered by the Fifteenth Judicial District.

As many as five attorneys work out of the office, including General Lawson, who has an individual office.

There are  also offices for administrative staff.

Offices include a forensic interview room where a child can be interviewed in one room and viewed in another room by investigators and prosecutors.

This keeps the victims from being subjected to repeat interviews, General Lawson explains.

The second floor includes what General Lawson calls the “War Room”, where prosecutors meet to discuss individual cases prior to trial.

The TBI office is in a location secluded from the District attorney’s staff.

The new facility includes a work area for those participating in internships.

Since acquiring the building in the fall of last year, renovation has included various security upgrades in addition to the remodeling. 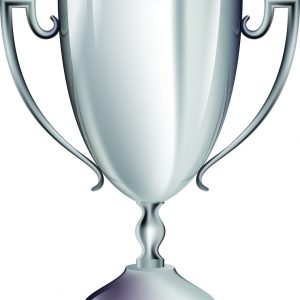