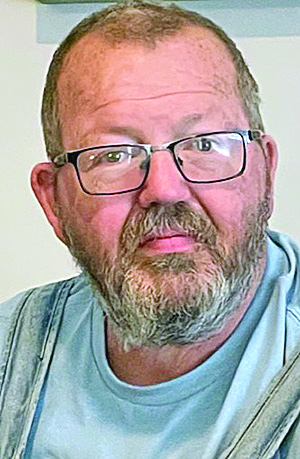 A Mass of Christian Burial will be said at 6 p.m. Thursday evening, October 20th, at 6 p.m. at the Saint Peter the Apostle Catholic Church located at 208 Upper Ferry Road in Carthage. Father Don Tranel will be the officiant.

The Hembree family will receive friends at the church sanctuary on Thursday from 4 p.m. until the Mass at 6 p.m.

Mr. Hembree was a 1982 graduate of Cookeville High School.

On August 10, 1991 in Cookeville he was united in marriage to Akron, Ohio native, the former Lisa Marie Saxton, a retired Smith County High School educator, who had relocated with her family to Cookeville for her to attend and obtain an education degree from Tennessee Tech.

Before going into the food truck service business Mr. Hembree had been employed at the William L. Bonnell Co. in Gordonsville.

Mr. Hembree was a communicant of the Saint Peter the Apostle Catholic Church in Carthage.

The Hembree family requests memorials to either the Rick Saxton Hembree future fund or the Saint Peter the Apostle Catholic Church.