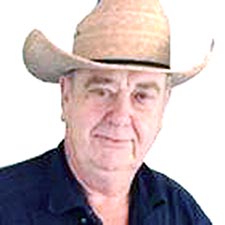 Born March 30, 1943 in Smith County, he was the son of the late William Carson Young and Alva Lancaster Young. He was an engineer for British Petroleum and a farmer. He was a member of the Church of Christ. Jim graduated from Gordonsville High School.  He had a Bachelors of Science from Tennessee Tech and a Masters in Business from Syracuse University. Jim was a devoted husband and loving father and grandfather. He loved working on his ranch with his horses and cattle. Jim was a generous friend and active in the community. He was dearly loved and will be sorely missed.

In addition to his parents, he is preceded in death by his wife, Jane DuBois Young, who died May 17, 1988; and two brothers, Tommy and Bill Young.

This notice provided as a courtesy to the Young family.