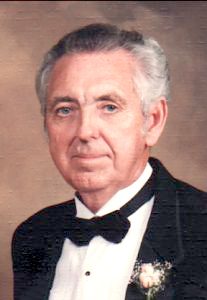 Mr. Bonnell Ray of Gallatin died 1:32 a.m. Monday morning September 5, 2016 at the Sumner Regional Medical Center in Gallatin with his wife at his bedside. Mr. Ray, age 88, was admitted on August 31st following a period of declining health.

Funeral services from the Carthage Chapel of Sanderson Funeral Home were conducted by Eld. Charles Allen Gentry on Wednesday afternoon September 6th at 1 p.m. Burial followed in the family lot in the Beasley-Brooks section of Dixon Springs Cemetery.

The youngest of four children, he was born Kenneth Bonnell Ray on January 16, 1928 in the Difficult Community and was the son of the late Bascomb Ray and Vessie Kemp Ray.

Siblings preceding him in death were a sister, Lucille Ray Hines and two brothers, Rex and Wendell Ray.

In Ringgold, Georgia on July 30, 1948, he was united in marriage to June Evelyn Clay, a Difficult Community native. They were preceded in death by a son Michael Steven “Mike” Ray who died following a battle with cancer on August 4, 2004 at the age of 55.

Mr. Ray attended Smith County High School and following military service with the United States Army 1st Medical Squadron before being honorably discharged in Japan in 1947, he received his General Education Degree. Upon completion of his military service he was employed by the former Chilton Hardware and Furniture Company on the square in Carthage.

Mr. Ray was retired from the former Interstate Life Insurance Co. in 1983 where he was employed for thirty two years. He was a member of the First United Methodist Church in Gallatin.

Surviving in addition to his wife of over sixty eight years is a son, Jeffrey Ray and wife Tina of Sylva, North Carolina; grandson, Allen Ray and wife Jessica of Gallatin and daughter-in-law, Brenda Ray Johnson also of Gallatin.