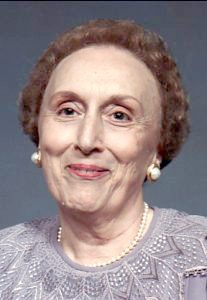 Mrs. Juanita Taylor a homemaker of the Riddleton Community and the wife of well-known Missionary Baptist pastor Eld. Howard Taylor, died at 5:55 p.m. Sunday evening September 4, 2016 at the Kindred Nursing and Rehabilitation Center in Carthage where she had made her home since October 28, 2011. She died four days before her 91st.

Eld. Charles Allen Gentry officiated at the Tuesday afternoon September 6th funeral services from the Carthage Chapel of Sanderson Funeral Home. Following the 3 p.m. services burial was in the Wilburn family lot in the Amonette-Taylor section of Dixon Springs Cemetery.

She was united in marriage in Rossville, Georgia on November 10, 1945 to Hartsville native Howard Gilbert Taylor. He preceded her in death on November 19, 1988 at the age of 67 following only forty three years of marriage.

Mrs. Wilburn was a graduate of Smith County High School.

She was a member of the McFerrin Missionary Baptist Church in Madison but following the death of her husband and returning to Riddleton to care for her aging parents she attended the North Carthage Baptist Church.

Her only immediate survivor is Sarah Taylor of Riddleton, her precious daughter who saw that her mother wanted for nothing.