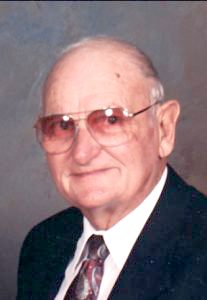 Mr. Osteen Williams of the Defeated Creek Community died at the age of 91 at 11:08 p.m. Saturday evening September 3, 2016 at the Riverview Regional Medical Center in Carthage where he was admitted August 29th following a period of declining health.

On June 7, 1946 in Union County, Georgia he was united in marriage to Defeated Creek Community native, the former Altia Emogene West.

Mr. Williams was saved in September of 1936 at the age of 11 under the preaching of the late Eld. Calvin “Cal” Gregory and was baptized into the full fellowship of the Defeated Creek Missionary Baptist Church at Difficult where he remained a faithful member until his death.

Mr. Williams proudly served our country with the United States Army from October 19, 1943 until being honorably discharged with the rank of Private First Class at Camp Swift, Texas on November 4, 1946.

For his meritorious service in battles and campaigns in Normandy, Rhineland in Northern France and the the Ardennes he received the Infantry Combat Badge, the European African Middle Eastern Theater of Operations Service Medal, the Distinguished Unit Badge, a Good Conduct Medal and the World War II Victory Medal.

For his meritorious achievement in ground combat battle against the armed enemy he was awarded the prestigious U. S. Army Bronze Star Medal.