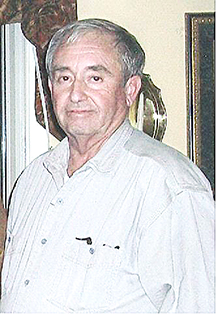 Jerry Lynn Thompson departed this life on Monday, October 17, 2016 at Macon County General Hospital in Lafayette, TN, at the age of 67. Funeral services for  were conducted Thursday, October 20, 2016 at 1:00 p.m. from the Anderson & Son Funeral Home Chapel in Lafayette, with Elder Ricky Brooks and Brother Chris Solomon officiating.