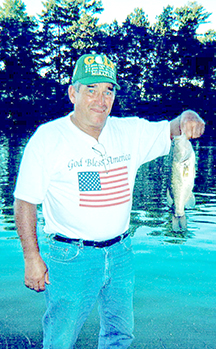 Mr. Preston was born July 8, 1938 in Smith County, TN, the son of the late James Washington Preston and Ruby Elizabeth Rollins Preston. He was also preceded in death by Son; Keith Edward Preston on May 21, 2005, Two Brothers; Dewey Preston and Charles Preston, and Two Sister; Linda Wells and Thelma Jean Pope. Mr. Preston was a 1957 graduate of Gordonsville High School. He married Sharon Kampmeyer on July 28, 1960, after meeting while in Illinois on a bridge construction job. Crow worked various jobs including construction, Old Dominion, American Battery and Southern Battery, and Volunteer Foliage. He loved all sports, and really enjoyed playing golf, playing softball or baseball, fishing, and the Atlanta Braves. Mr. Preston coached baseball for several years and helped found the Smith County Independent League. He was a member and faithful attendee of the Gordonsville United Methodist Church.

Funeral services for Mr. Preston are scheduled to be conducted from the Gordonsville Chapel of Bass Funeral Homes on Monday, October 31, 2016 at 2PM with Bro. Floyd Massey and Bro. Dickie Johnson officiating. Interment will follow in Gordonsville Cemetery.

Visitation with the Preston family will be held at the Gordonsville Chapel of Bass Funeral Homes on Sunday from 12 Noon until 8PM and on Monday after 11am until service time at 2PM.

In lieu of flowers, the Preston family requests memorials in his memory be made to the Gordonsville United Methodist Church.