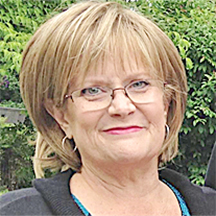 Longtime Smith County resident Vickie Lawson Eastes of Oak Ridge and formerly of Carthage died at her home on Friday, October 21, 2016. She was 64.

Born Vickie Lynn Lawson in Oak Ridge on December 3, 1951, she was the one of four children and the first born of Rhoda Louise Lawson and the late Hubert “Tommy” Lawson.

Before retiring and moving to Knoxville, her parents owned and operated Lawson’s Department Store on the square in Carthage in the two buildings now occupied by Kim’s Frame Shop and Bass and Bass Attorneys.

Vickie was a 1969 graduate of Smith County High School where she majored in Business Education, was active in the Future Homemakers of America and played saxophone all four years in the “Pride of the Upper Cumberland Marching Band”. She also played in the high school band while she was in the 7th and 8th grades.

This notice provided as a courtesy to the Eastes family.