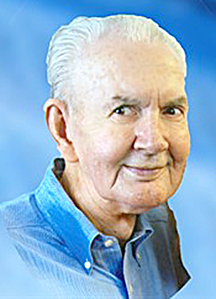 David Parker of Celina, Texas passed away on October 14, 2016 at the age of 77.  He was born on August 1, 1939 to Lewis and Mary (Donnell) Parker in Carthage, Tennessee.  David proudly served his country in the United States Air Force where he received an honorable discharge.  He married Betty J. McCandless on March 23, 1963 in Graford, Texas. David was a horse enthusiast.  He was of the Methodist faith.

He was preceded in death by his parents; and brother, Bob Parker.

A memorial service will be held at 2:00 p.m., Thursday, October 20, 2016 at Turrentine-Jackson-Morrow Funeral Home Chapel in Allen, Texas.

David “Buddy” Parker was a graduate of GHS and the son of Lewis and Mary Donnell Parker. He is survived locally by Linda and Jim Parker.

This notice provided as a courtesy to the Parker Family.