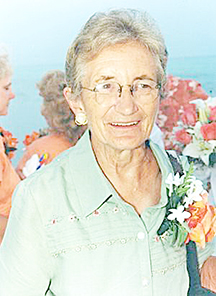 Mrs. Aderene Brown Osgatharp of the Drapers Cross Roads Community in Macon County died at the age of 88 on Sunday evening October 30, 2016 at 7:45 p.m. the Macon County General Hospital in Lafayette.

Born Aderene B. Brown in Clay County on Thursday November 10, 1927, she was one of ten children of the late Jack and Marie Pharris Brown.

In 1947 she was united in marriage to Ralph Eugene Osgatharp who preceded her in death on March 8, 1986.

Mrs. Osgatharp was a 1945 graduate of Celina High School.

She was a retired assembly worker at the former Carter Automotive Co. in Lafayette with twenty years of service.

Mrs. Osgatharp was a member of the Drapers Crossroads Church of Christ.

This notice provided as a courtesy to the Osgatharp family.