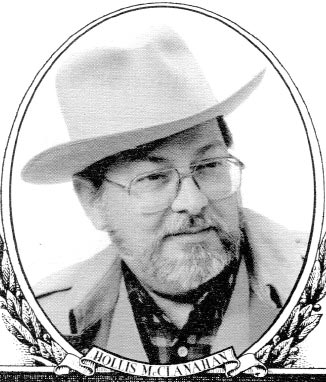 Mr. Hollis E. McClanahan age 75 of Lebanon died November 29, 2016, at St. Thomas West Hospital.  Battling many illnesses in his lifetime, he was a seventeen year heart transplant survivor.  A native of the Grant Community in Smith County, he was the son of the late Roy McClanahan and Altha House McClanahan.  He was a 1959 graduate of Gordonville High School. As a young man he joined Grant Missionary Baptist Church.  He was a member of the Lebanon Masonic Lodge #98 F & AM.

He retired in 1987 as Assistant Postmaster in Lebanon but was best known as one of middle Tennessee’s most prominent antique dealers.  He owned and operated the Downtown Antique Mall located on the square since 1983.  He has been featured in many newspaper and magazine articles and appeared on the Antiques Roadshow.

Funeral services will be held Saturday, December 3, 2016,at 12 Noon at the Ligon & Bobo Funeral Home with Interment to follow in the Grant Cemetery.  Nephews will serve as pallbearers.  Visitation Friday 3-7:30 p.m. and Saturday after 11 a.m.  Masonic chapel service Friday 7:30 p.m.

This notice provided by Bass Funeral Home as a courtesy to the McClanahan Family.