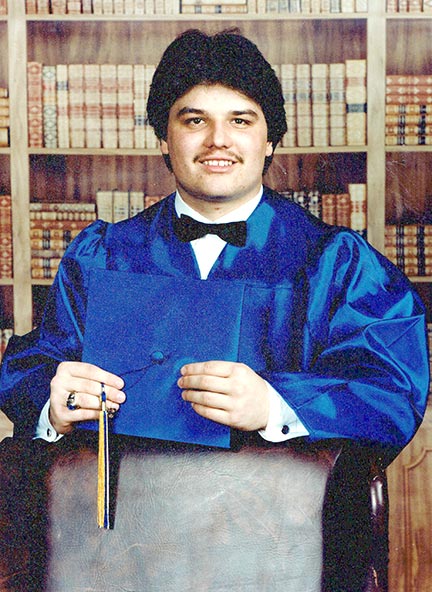 Kenneth was born January 9, 1968 in Nashville, TN. He was saved at the age of 12 at the Two Rivers Church revival held at McGavock Stadium in Donelson, TN. He was baptized by Bro. Ralph Stone into the fellowship of Two Rivers Church. Later he became a member of the Faith Promise Church in Clinton, TN. Mr. Montgomery was a 1986 graduates of Donelson Christian School where he was an honor student and the President of his class. He was an outstanding football star for four years. Kenneth was an avid fan of the Tennessee Vols and graduated from the University of Tennessee in 1990 with a Bachelor of Science degree in Business Administration. He was very active with the Oak Ridge Boys Club and served as a volunteer in many of the fund-raising events. Mr. Montgomery was a very proud entrepreneur in the city of Oak Ridge. He also enjoyed traveling and planning vacations with his family.

Mr. Montgomery was preceded in death by his Father; Ralph Montgomery on October 13, 2014 and his Grandparents; Walter and Beaulah Lawrence of Brush Creek, TN.

Kenneth was loved by so many and known as a man of exceeding grace, kindness, and spirit. He touched so many lives with his devotion as a son, husband, and father. What a legacy he has left those of us he loved and touched…What an example of love we have been given to follow. Heaven is a more loving place today with him there. We all look forward to seeing you again, Dad, and being together forever.

The funeral will be conducted at 1PM with Bro. Wilson Williams officiating. Interment will follow at the Brush Creek Cemetery.