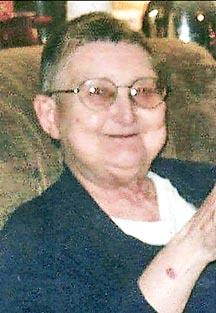 Mrs. Willie Upchurch, age 70 of Carthage died as a result of chronic heart disease at 10:07 p.m. Saturday evening January 14, 2017 at her Main Street North home. She was under the care of Aseracare Hospice which pronounced her dead at 11:02 p.m.

Mrs. Upchurch was at the Carthage Chapel of Sanderson Funeral Home where her funeral services were conducted Wednesday afternoon January 18th at 1 p.m. with Bro. Jeff Burton officiating. Burial followed in the Ridgewood Cemetery.

On March 17, 1962 she was united in marriage to Buffalo Valley Community native Leonard Alton Upchurch who preceded her in death at the age of 66 on February 26, 2004.