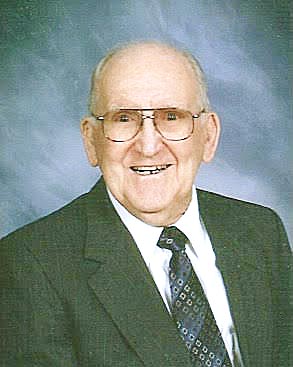 Mr. Gentry was born January 12, 1923 in the Morrison Creek Community of Jackson County, TN, the son of the late Linus Roscoe Gentry and Lou Hensley. He married Frankie Ilene Cowan on November 25, 1942 and she preceded him in death on March 19, 1999. He is also preceded in death by Son; Larry Gentry on February 19, 2010. Brothers; Encil C. Gentry, Gerstle B. Gentry, Oscar L. Gentry, Aaron Gentry, and Charlie Gentry. Sisters; Mae Gentry and Grace Loftis, Edith Loftis, Faye Rogers, and Wilma Lambert.

Vestle was a 1942 graduate of Celina High School. He served his country during WWII as part of the U.S. Army. Mr. Gentry worked in the grocery industry as a wholesale meat salesman for many years.

Funeral Services for Mr. Gentry are scheduled to be conducted from the Gordonsville Chapel of Bass Funeral Homes on Saturday, January 28, 2017 at 11AM with Edward L. Anderson officiating. Interment will follow in the Gordonsville Cemetery.

Visitation with the Gentry family will be held at the Gordonsville Chapel of Bass Funeral Homes on Friday from 3PM until 7PM and on Saturday from 9AM until service time at 11AM.