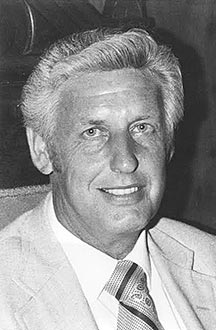 Services will be conducted Wednesday morning, March 15, 2017 from the Cookeville Chapel of Hooper-Huddleston & Horner funeral home with Rev. Mickey Leftwich and Randy porter officiating. Burial will follow in the Whorton Springs Cemetery in Smithville. Visitation will be held at Hooper-Huddleston & Horner on Tuesday from 4 p.m. until 8 p.m. and on Wednesday after 9 a.m.

Born Glyndon Hayes Pedigo in DeKalb County on May 26, 1934, he was the son of the late Joseph Columbus Pedigo and Lula Jane Hayes Pedigo. Preceding him in death were a brother, Melvin Pedigo, and a sister, Emma Jo Hurst.

In 1956 in Ringgold, Georgia, he was united in marriage to the former Elizabeth Leola Pinegar who would precede him in death. They were preceded in death by an infant daughter, Gwyndon Ann Pedigo.

Dr. Pedigo was a graduate of Warren County High School. He would go on to earn a B.S. in pre-pharmacy from Middle Tennessee State University and a Doctorate of Pharmacy from the University of Tennessee-Memphis. During his career, he worked as a pharmacist in Morristown and Clarksville before retiring as a Pharmaceutical rep for Bristol-Myers Squibb.

He was an avid golfer since taking up the sport at age 17, and was a member of the UT Alumni Association, the Cookeville Masonic Lodge #266 F.& A.M., and the Al Menah Shrine Temple.

This obituary provided as a courtesy to the Pedigo Family.