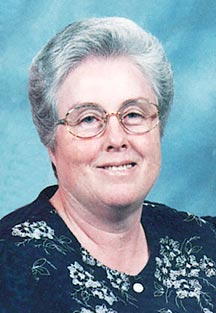 Mrs. Judy Spivey, age 72, of Pleasant Shade died at 10 p.m. Tuesday evening June 27, 2017 at the Kindred Nursing and Rehabilitation Center in Carthage where she was admitted June 1st being cared for after stomach cancer surgery and treatment.

Her brother-in-law, Eld. Ricky Hackett, officiated at the 1 p.m. Friday afternoon June 30th funeral services from the Carthage Chapel of Sanderson Funeral Home. Burial followed in the Spivey family lot at the Pleasant Shade Cemetery beside their daughter and their son.

Because of the death of her father at an early age, she had been reared as a daughter by her step-father, Bobby Gene Evitts, who died March 20, 2016 at the age of 85.

At the home of the late Eld. Lewis O. “L.O.” Barclay in Gordonsville on September 3, 1965, she was united in marriage to Red Boiling Springs native Troy Wayne Spivey.

A nephew, Jamison Taylor “Jamie Evitts, also died as the result of an automobile accident at the age of 16 on November 29, 2000.

At the age of eleven in 1956 she was saved and in 1959 was baptized into the full fellowship of the Mt. Tabor Missionary Baptist Church at Pleasant Shade where she remained a member.

Mrs. Spivey was a 1963 graduate of Smith County High School where she majored in Home Economics and Business Education and was a member of the Future Homemakers of America all four years of high school.

The family requests memorials to either the Pleasant Shade Cemetery mowing fund or the Jamie Evitts Scholarship Fund.