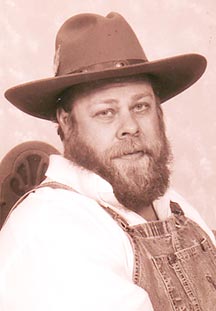 Mr. Butch Stewart, age 57, of the Smith Branch Community, a heavy equipment operator and also operator of Alf Stewart Construction Co. in the Monoville Community, was pronounced dead on arrival at 7:35 p.m. Sunday evening September 24, 2017 at the Riverview Regional Medical Center E. R. in Carthage after suffering a fatal heart attack while exiting his automobile at the home of friends in the Bagdad Community.

Born Gene Alford Stewart Jr. on February 11, 1960 at the former Thayer S. Wilson Clinic on Main Street North in Carthage where Poindexter Reality is now located, he was the oldest child of three children of Gene Alfred “Alf” Stewart Sr. of the Indian Creek Community in Jackson County and the late Linnie Beatrice Ramsey Stewart who died at the age of 75 on February 4, 2011.

Surviving in addition to his father are his twin sons, Darrell and Charles Stewart both of the Monoville Community; sister, Karen Stewart Robinson and husband Wayne of the Pleasant Shade Community and son, William Stewart; granddaughter, Charlie Rena Stewart of Chestnut Mound; fiancée, Sherry Albritton of the Smith Branch Community.