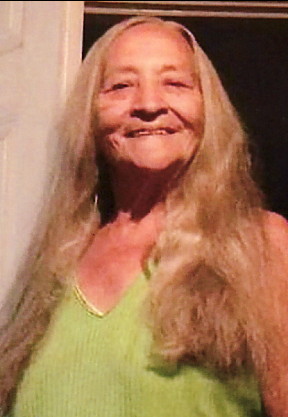 Mrs. Daisy Thompson, age 76, of the Austin Hollow at Pleasant Shade died at 2:50 p.m. Sunday afternoon October 8, 2017 at the Bowman Street home in Carthage of her daughter from a battle with cancer from which she was diagnosed in November of 2016. She was under the loving care of Kindred Hospice of Cookeville.

A gathering of family and friends will be Saturday October 21st from 11 a.m. until 1 p.m. at the Carthage Chapel of Sanderson Funeral Home and graveside services and interment with eulogies by the family will follow in the McMillan Family Cemetery in the Austin Hollow.

On August 12, 1961 in Carthage Mrs. Thompson was united in marriage by Carthage Justice of the Peace, the late Thompson Cornwell, to Chestnut Mound native Letcher Dotson Thompson who preceded her in death at the age of 64 on April 19, 2006 following almost forty five years of marriage.

They were preceded in death by a grandson, Christopher Kyle Hesson.

Mrs. Thompson retired from the former Carthage Shirt Corporation when it closed in 1993 with forty one years of service.

Following retirement she enjoyed gardening and spending quality time with her family and friends.

She was saved at the then Salem Baptist Mission, now Dixon Springs Missionary Baptist Church and was baptized into the full fellowship of the church.

The family requests memorials to the Dusty Madewell Education Fund.