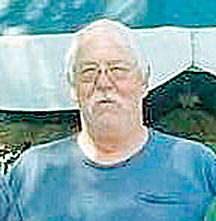 Mr. Johnny “King Fish” Vaden, of Hartsville, died at the age of 64 at his home on Saturday morning, October 14, 2017.
Mr. Vaden was cremated at Sellars Crematory in Lebanon and memorial services will be scheduled for a later date.
Born Johnny King Vaden in Carthage on August 7, 1953, he was the third child of five children born to the late Robert Carneal Vaden, who died January 25, 1992 at the age of 74, and Minerva Aletha King Vaden, who died August 7, 2013 at the age of 91.

He was a retired driver for David Denney Trucking in Lebanon.
Surviving, in addition to his wife of over thirty five years, are his four siblings, Peggy Vaden Edmonds, of Granville, Sophia Vaden Herbstreit, of Gordonsville, Robert Vaden and fiancée, Lisa, of Post Falls, Idaho, Lee Vaden and wife, Kelly, of Lebanon.
This notice provided as a courtesy to the Vaden family.