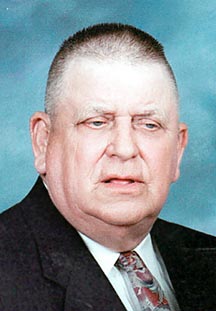 A highly decorated Vietnam veteran, Mr. Bill Huddleston, was pronounced dead at 8:33 p.m. Wednesday evening November 8, 2017 shortly after arrival at the Riverview Regional Medical Center E. R. at the age of 77. He had suffered a fatal heart attack minutes earlier at his Cumberland Drive home in Carthage and he was a longtime resident of the Graveltown Community.

On December 10, 1999 he was united in marriage in the Estill Springs Community to Willette native, the former Jo Helen Caruthers Sloan.

A sister, Jolene Huddleston Bradley of Gallatin preceded him in death on June 16, 2015 at the age of 83.

Mr. Huddleston was saved and attended the Pleasant Shade Upper Cumberland Church with his wife.

He retired from the Whirlpool Corporation in LaVergne in 2002 with over twenty years of service.

Mr. Huddleston proudly served our country with the United States Army during the Vietnam War having served from March 20, 1963 and being honorably discharged with the rank of Sergeant in Fort Carson, Colorado on December 23, 1971.

The Huddleston family requests be made to the Pleasant Shade Cemetery Mowing Fund.