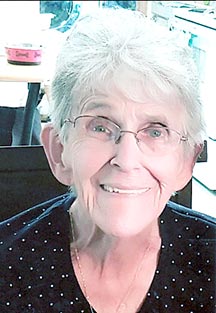 Mrs. Barbara Trewyn, age 86, of Crossville and a longtime resident of the Lancaster Community died at 7:47 a.m. Sunday morning November 26, 2017 at her son Edward’s Butternut Ridge Road home in Crossville. She was pronounced deceased at 8:47 a.m. by Hospice of Cumberland County.

Mrs. Trewyn was at the Carthage Chapel of Sanderson Funeral Home. Memorial services were conducted Thursday evening November 30th at 6 p.m. from the Lancaster United Methodist Church in the Lancaster Community. The church pastor, Bro. Scott Ezell, officiated and private interment for the family was beside her husband in the Garden of the Cross at Smith County Memorial Gardens.

Mrs. Trewyn was cremated at Cumberland Family Services in Algood.

Born Barbara Adeline Floyd in Clinton in Rock County, Wisconsin on February 9, 1931, she was the daughter of the late Harry Vernon Floyd who died July 3, 1963 at the age of 70 and

In Cold Springs, Wisconsin on February 12, 1949, she was united in marriage to Whitewater, Wisconsin native Merrill Edward “Red” Trewyn who preceded her in death at the age of 71 on February 24, 1995, following just over forty six years of marriage.

Mrs. Trewyn retired as a receptionist at the James River Corporation in Gordonsville in 1996.

She and Mr. Trewyn relocated to the Lancaster Community about 1985.

The family requested memorials to either the Smith County Cancer Fund or Alzheimers Tennessee.