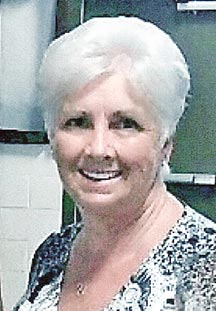 Mrs. Paulette Kemp of the Graveltown Community was found deceased by her brother-in-law on Thursday morning November 30, 2017 on her Nickajack Road farm where she had been feeding cattle. She was lying beside her Polaris RTV after suffering an apparent heart attack. The RTV engine was running, it was in park and she was lying on the ground beside the unit.

The 71 year old beautician was pronounced dead at 10:13 a.m. at the Riverview Regional Medical Center E. R. in Carthage.

Her longtime pastor, Eld. Charles Jones, officiated at the 11 a.m. Monday morning December 4th funeral services from the Carthage Chapel of Sanderson Funeral Home. Burial was beside her husband in the Pleasant Shade Cemetery.

Mrs. Kemp was married December 22, 1962 to Pleasant Shade native Paul Draper “Slick” Kemp at the home of the late Eld. Ted Smith. Her husband preceded her in death at the age of 67 on November 14, 2009 following almost forty seven years of marriage.

She attended Smith County High School and following marriage received her General Education Degree. She would have been a member of the graduating class of 1964.

Mrs. Kemp had been a beautician for over forty years operating a shop in her home.

She received her degree in cosmetology from the Mrs. B.’s Beauty School in Gallatin.