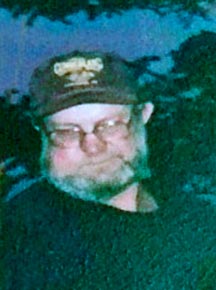 A Monoville Community excavation contractor, Mr. Alf Stewart, died at his Indian Creek home in the Highland Community at 3:30 p.m. Tuesday afternoon December 12, 2017 following a battle with cancer. He was pronounced deceased at the age of 77 at 5:07 p.m. that evening by Kindred Hospice of Cookeville.

The son of the late Leonard Stewart and Annie Stafford Stewart, he was born Gene Alfred Stewart in Carthage on February 24, 1940.

He was preceded in death by two sons, Phillip Dale Stewart who died from a blood clot at the age of 45 on May 22, 2010 and Gene Alfred “Butch” Stewart Jr. who died less than three months before his father from a heart attack at the age of 57 on September 24, 2017.

Mr. Stewart was united in marriage on November 15, 1980 in Celina to the former Bonnie Elise Adams.

Mr. Stewart and his son Butch owned and operated the Alf Stewart & Son Construction Co. and Mr. Stewart had been able to continue in the business until becoming seriously ill in July of this year.

Mr. Stewart was a non-denominational Christian who had a deep abiding faith in God.

He was preceded in death by his first wife, Beatrice Ramsey Stewart, who died February 4, 2011 at the age of 75 and was the mother of their three children: Butch, Phillip and Karen.