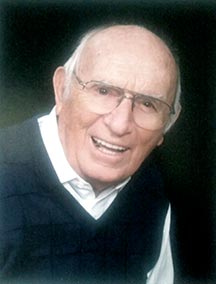 Mr. Cordell Winfree, age 93, of Lebanon, passed away on Thursday, December 14, 2017, at his home.  Born April 11, 1924 in Smith County, to the late Lemuel Greal and Laura Belle Thomas Winfree, he was the youngest of six children born to this union.  In addition to his parents he is preceded in death by his loving wife of 60 years, Oleta Hall Winfree, brothers; Elmer, Bill, and Joe Winfree, sisters; Sadye Wills and Estelle Moore; and several nieces and nephews.

Mr. Winfree was a decorated veteran having served two years in the Army during the Second World War from 1944-1946, receiving several accommodations including the Purple Heart and Bronze Star.   He completed his undergraduate studies at the Tennessee Polytech Institute and began working in the Cocke County school system.  He later returned to Middle Tennessee completing his Master’s degree in Administration and Supervision at Middle Tennessee State University.  He also served in Smith and DeKalb counties (Lancaster, New Middleton, and Liberty schools).  In 1957 he accepted a position at Castle Heights Military Academy where he taught in the Junior School and supervised Morgan Hall where he lived, along with his family.  In 1968 Mr. Winfree became principal of Byars-Dowdy School, serving in this capacity until he was appointed Director of the Lebanon Special School District in 1974.  He retired from this position in 1989. Mr. Winfree was recognized for his educational achievements in 2010 when the new Winfree-Bryant Middle School was partially named in his honor.   Mr. Winfree married the love of his life, Oleta Hall, on Christmas Day in 1955.  They were Charter Members of the Westland United Methodist Church in Lebanon, where he taught Sunday School and served faithfully until health prevented.  After retirement he enjoyed helping the WUMC Men’s Club serve meals and other mission projects.  He loved spending time with his children, grandchildren, and friends.  Mr. Winfree especially enjoyed singing his favorite gospel hymns.

Funeral services will be held on Friday, December 22, 2017 at 12:00 Noon from Westland United Methodist Church, 110 Dawson Lane Lebanon. Pastor Tim Palmer will officiate and interment with Military Honors will follow in Wilson County Memorial Gardens.  Visitation will be on Thursday, December 21, 2017 from 2pm until 7pm at Westland UMC and again on Friday after 11am.  In lieu of flowers, memorial contributions may be made to the Westland United Methodist Church or the Winfree-Bryant Middle School.

Honorary pallbearers will be the Wilson County Retired Teachers Association.

Special thanks to a wonderful caregiver and family friend, Debbie Taylor, as well as numerous neighbors and friends.  Thank you also to Amedisys Home Health Agency.

This notice provided as a courtesy to the Winfree family.