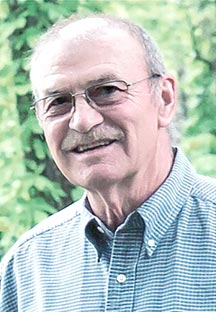 Mr. David “Brad” West of the Riddleton Community, died Monday morning, December 18, 2017 near 284 Dixon Springs Highway as the result of injuries sustained in a single-vehicle accident. He was 68 and was pronounced dead at 9:21 a.m. at the Riverview Regional Medical Center in Carthage. Smith County E-911 received the call for assistance at 8:17 a.m.

He was a 1967 graduate of Smith County High School where he majored in Science and Social Studies and received an Associates degree from Draughons Junior College.

Drafted into the United States Army during the Vietnam War, he was inducted on May 19, 1969 and served a total of 1 year, 6 months, and 5 days, including 1 year and 17 days of foreign service before being honorably discharged at the U.S. Army personnel center in Oakland, California on November 23, 1970 with the rank of Specialist 5th Class.

In Carthage on October 26, 1979, he was united in marriage to the former Ann Hood who survives.

Mr. West was a retired Journeyman Lineman with the Upper Cumberland Electric Membership where he retired May 31, 2013 with 27 years of service. Following his retirement, he enjoyed woodworking and spending his time with family and friends.

He was saved at age 13 in 1962 and baptized in Peyton Creek in the Graveltown Community. He attended the Whosoever Will Men’s Bible Class in Hartsville taught by Jack McCall.

The West family requests memorials to either the Whosoever Will Men’s Bible Class or the North Carthage Baptist Church.