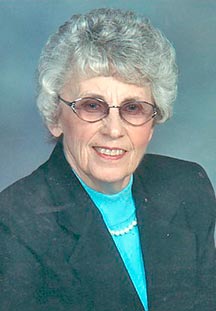 Mrs. Hazel Hall age 88 of the Plunketts Creek Community died at 6:50 a.m. Monday morning December 25, 2017 at the St. Thomas Rutherford Hospital in Murfreesboro where she was admitted December 21st suffering from pneumonia.

Thursday morning December 28th funeral services were conducted at 11 a.m. from the Carthage Chapel of Sanderson Funeral Home with her former pastor Bro. Mike Shelby officiating and her grand-sons-in-law, Travis Humes and Scott Brewer delivering the eulogies. Burial followed beside her husband in the Garden of Gethsemane at Smith County Memorial Gardens.

She was united in marriage on October 15, 1949 to Defeated Creek Community native Vernon Hollis Hall who preceded her in death at the age of 76 on October 3, 2006.

She retired in 1984 as assistant vice-president of the Trust Department of the former First American National Bank in Nashville with over twenty seven years of service.