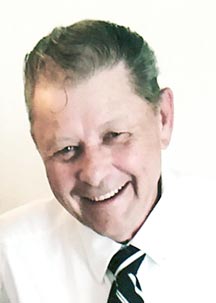 A well-known Missionary Baptist minister and pastor has died at the age of 67.

Eld. Dennis Young was pronounced dead at the Riverview Regional Medical Center in Carthage at 8 a.m. Tuesday morning January 2, 2018 after being found non-responsive at his Linda Lane home in the Popes Hill Community.

One of six children, he was born Dennis George Young on May 5, 1950 in Detroit in Wayne County, Michigan and was the son of the late George Vestal Young and Nellie Rich Young.

He was preceded in death by all four of his brothers, James, T.J., Ronnie and Thomas Young.

On June 6, 1969 in Robbinsville, North Carolina, he was united in marriage to Robbinsville native, the former Linda Joyce Postell.

They relocated to Smith County in 1978 and Bro. Young owned and managed the Dennis Young Trucking Co. for over thirty years before selling the trucks and retiring in 2002.

Bro. Young gave his testimony that he was saved at the age of 36 in one of his eighteen wheelers at mile marker 71 on I-75 North while enroute to Cleveland, Ohio.

On November 4, 1990 he was baptized into the full fellowship of the Caney Fork Missionary Baptist Church in Helms Bend.

At the Caney Fork Missionary Baptist Church he was he was ordained into the full work of the ministry on October 3, 1992.

In addition to his pastoral duties he and his dear friend Eld. Knight conducted church services one a month at the Pavilion Assisted Living both in Carthage and Lebanon and at Stone Crest Assisted Living in Lafayette.

The family requests memorials in Bro. Young’s memory for the care of his wife.