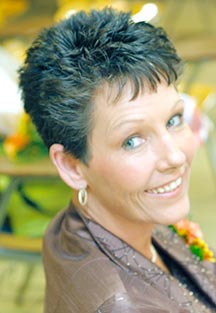 Funeral services were conducted from the Carthage Chapel of Sanderson Funeral Home at 3:00 p.m. Wednesday afternoon with Eld. Stephen Brooks officiating. Following the funeral services she will be cremated at Cumberland Family Services in Algood.

Born Janice Marie Harville in Carthage on June 2, 1959, she was the daughter of the late James Harold “Red” Harville who died December 5, 2004 at the age of 66, and Judy Elaine Leach Morgan of the Lock Seven Community who survives.

In Gallatin at the home of her sister in August of 2008 she was united in marriage to Sammy Lee Huntsman.

She was preceded in death by a step-son, Shon Kevin Huntsman on November 27, 2015.

Mrs. Huntsman attended Smith County High School and received her General Education Degree and for 12 years had been employed as a Certified Nurse Technician with the Gallatin Healthcare.

She was saved at a young age and had attended the Missionary Baptist Church.