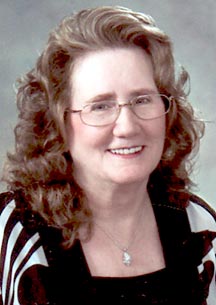 Mrs. Margaret Preston age 76 of Carthage died from an apparent fatal heart attack at 8:10 a.m. Monday morning January 10, 2018 at the Riverview Regional Medical Center in Carthage where she was admitted January 5th.

Friday afternoon January 12th funeral services were conducted by her Pastor, Bro. Tim Frank, at 1 p.m. from the Carthage Chapel of Sanderson Funeral Home. Burial followed in the Garden of the Cross at the Defeated Creek Memorial Gardens.

Mrs. Preston was one of five children and was born Margaret Neal Hardie on July 24, 1941 in Tabor City in Columbus County, North Carolina and was the daughter of the late James Earl Hardie and Louise Stanley Hardie.

She was preceded in death by a twin sister, Alice Hardie and a brother, Stanley Hardie.

On June 26, 1998 at the Opryland Hotel she was united in marriage to Lynchburg, Tennessee native James Preston. Mr. Preston preceded her in death on June 25, 2002 at the age of 71.

At the time of his death Mr. and Mrs. Preston owned and operated the Highway 56 Shell in Baxter and the Monterey Food Center in Monterey.

Mrs. Preston was a 1959 graduate of Loris High School in Loris, South Carolina and in 1963 received a degree in Nursing from the McCloud College of Nursing in Florence, South Carolina and had a Doctorate in Health Care Administration and a PhD in Christian education.

She was a former teacher of nursing and health education at Florence Technical College in Florence, South Carolina.

Following the death of Mr. Preston she stated she felt the Lord leading her to copy the whole Bible. The project took her two and a half years and encompassed just over 3,000 pages of manuscript.

She indicated that she questioned herself about copying the Bible and she felt lead by the Lord to read Jeremiah 30:2 which said “Thus speaketh the Lord God of Israel saying, Write thee all the words that I have spoken unto thee in a book.”

She has also written a Study Course through the entire New Testament and in addition has written a game book called “Bible Wise Study Games”, which was never published. She used this study in teaching Sunday School classes.