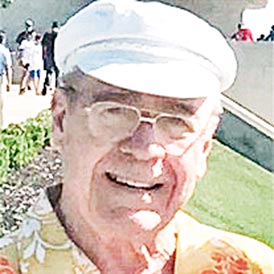 Mr. Leftwich was born June 22, 1944 in Carthage, TN, son of the late Ray Leftwich and Mary Lancaster Leftwich. He was a 1962 graduate of Donelson High School where he played football and was president of his senior class. He attended Vanderbilt University on a full scholarship where he earned his mechanical engineering degree, graduating in 1966. After graduation he entered the Air National Guard where he served as a Medic during the Vietnam Conflict. After returning to Carthage, John became a member of the Carthage Rotary Club. Being civically minded, John served as county commissioner and on the Carthage City Council for several years. He was longtime President of Moss Service Supply in Carthage, TN, and also a member of the Mensa Society the Carthage United Methodist Church.

Funeral Services for Mr. Leftwich are scheduled to be conducted from the Carthage Chapel of Bass Funeral Homes on Monday, January 15, 2018 at 1PMwith Walter Glenn Birdwell providing the Eulogy. Interment will follow in the Gordonsville Cemetery.

Visitation with the Leftwich family will be held at the Carthage Chapel of Bass Funeral Homes on Sunday from 2PM until 7PM and again on Monday from 11AM until the time of the service at 1PM.

In lieu of flowers, the Leftwich family requests memorials in Mr. John’s memory be made to the Vanderbilt University Engineering Endowment Fund.