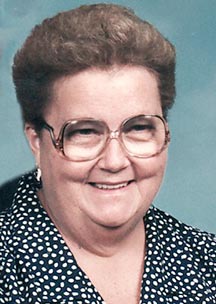 Retired Head Start educator Mrs. Carolyn Petty died at the age of 84 at 7:10 p.m. Friday evening January 12, 2018 at the Concordia Health and Rehabilitation Center in Carthage where she had been cared for since September 19, 2017.

Funeral services from her beloved Carthage First Baptist Church were conducted at 1 p.m. Tuesday afternoon January 16th with her pastor Bro. Tim Frank officiating. Burial followed beside her husband in the Garden of Gethsemane at Smith County Memorial Gardens.

One of three children, she was born Grace Carolyn Smith on January 8, 1934 in the Smith Bend Community of Jackson County and was the daughter of the late Rufus Carl Smith Sr. who died at the age of 51 on November 24, 1955 and retired Smith County educator and Mayfield, Kentucky native Mary Winfred Watson Smith.

On October 14, 1952 at the Carthage First Baptist Church she was united in marriage to Carthage native Hollis Byrn Petty who was later owner of Petty & Petty Gas Co. and Petty and Petty Surveyors. Mr. Petty preceded her in death on June 5, 1997 at the age of 66.

She had been a member of the Carthage First Baptist Church since shortly after her marriage in 1952.

She was a 1951 graduate of Smith County High School where she was a member of the Drama Club and served as the secretary her senior year.

Mrs. Petty was the Child Development Associate coordinator for the entire State of Tennessee and trained the Early childhood Staff for the Head Start Programs before retiring in 2000.

She worked at the Tennessee State University in between training jobs with the Head Start Program.

Mrs. Petty received her Associates of Arts degree from the Tennessee State University.

She also worked before her state position as a teacher trainer for the Cordell Hull Head Start Program. She was one of the first teachers hired in Tennessee in 1966 for the Head Start Program and was trained for three months in Greensboro, North Carolina.

As a trainer she loved teaching and sharing her knowledge with others as a trainer.

Also Mrs. Petty loved music and books and in later years, when her vision began to fail, she would listen to books on tape.

The Petty family has requested memorials to the Carthage First Baptist Church.