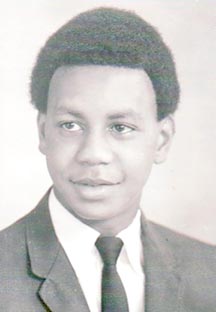 January 21, 2018 at the Riverview Regional Medical Center E. R. after becoming gravely ill at his Jordan Street home. He was 65 years old.

Funeral services from the Carthage Chapel of Sanderson Funeral Home were conducted on Saturday after January 27th at 1 p.m. Family friend Rev. Bobby Seay and Mr. Nichols pastor, Rev. Tony Clemons, officiated. Burial followed in the Nichols Family lot at the Rockvale Cemetery in The Cages Bend Community at Riddleton.

Mr. Nichols was a 1970 graduate of Smith County High School where he majored in music, was in the marching band, fall festival and pep club all four years. He attended Tennessee Technological University in Cookeville, Tennessee. He was a very affable and courteous gentleman.

He served our country in the United States Air Force.

While stationed in Texas he met Maria Ortega. Together they reared two daughters.

George Nichols, known to his many close friends as G. W., was employed by GTE in Charlotte, North Carolina and later by Plumbers and Pipefitters Local 632 of Carthage and was employed at the Hartsville Nuclear Plant construction sight.

For most of his life, he lived in Riddleton. Although his family attended both Lily Hill Missionary Baptist and Williams Chapel Methodist Churches, both in the Riddleton Community, for a number of years, George was a member of Williams Chapel and where he served as church treasurer.