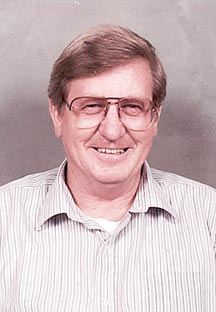 Retired Smith County businessman Mr. Joe Harper of Cookeville died peacefully on Wednesday afternoon January 24, 2018 at the Carthage Pavilion where he and his wife made their home for the last seven months.

On November 12, 1949 he was united in marriage to Chestnut Mound native the former Maxine Wyatt.

They were preceded in death by their son, Joseph Stephen “Steve” Harper who died at the age of 45 on October 25, 1997 as the result of an accident.

Mr. Harper was a 1946 graduate of Gordonsville High School.

He was the former owner and operator of Joe’s Gulf Service in Carthage and he and his wife owned and operated the Green Hills Drive-In Theatre in Riddleton and the Plaza Burger in the Smith County Plaza in Carthage.

He was a member of the Gordonsville United Methodist Church.

Perhaps Mr. Harper’s greatest enjoyment in life was when for twenty five years he drove the Special Education bus for the Smith County School System.

The Harper family request memorials to the Jordan Hackett Foundation.